Are you prepared for the next time the power goes out? If not, then you’re playing with fire. It’s not a question of if the lights will go out, it’s merely a question of when. It’s going to happen.

Most people don’t have a backup plan, preferring instead to wing it if and when a power outage occurs. Unfortunately, winging it isn’t really a strategy, and doing so opens you up to all sorts of potentially disastrous consequences. That’s why we recommend taking advantage of our backup generator installation in Potomac, MD, as soon as it’s practical for you to do so.

‘Winging it’ generally takes one of three forms for the unprepared when there is an outage. The first and most common response people have is to simply try to ride it out. That can work if the outage doesn’t last too long, but if it goes longer than 2-3 days, toughing it out becomes an increasingly unattractive option.

Think about it: No power. No running water. No alarm clocks. No phone recharging. No flushing toilets. No cooking food. The list goes on. It can feel like camping if you only have to endure that for a night or two, but much beyond that and things turn dire very quickly.

The second typical response for those who haven’t taken advantage of our backup generator installation service in Potomac, MD is to run to a family member’s or friend’s house, assuming you can find one outside the outage zone, and stay with them.

Again, that can work for two or three days, but you’re bound to strain those relationships, and they’re likely to be strained more, the longer you have to stay there.

Third, some people break out their credit card and go stay at a motel for the duration of the outage. The problems here are that a) lots of other people have that idea, b) which drives up the price of your hotel stay, and c) can quickly make it more expensive than simply investing in a good backup generator and riding the outage out in comfort and style at home.

Again, it’s not a question of if an outage will occur; it’s merely a question of when. It’s going to happen. The only question that remains is: What will your response be?

You don’t have to go it alone. We can help at every step, from performing a detailed home energy audit so you’ll know how much generating capacity you need to handling the backup generator installation in your Potomac, MD home and instructing you on how to use the new system, to handling the ongoing maintenance for you. Don’t be taken by surprise by the next outage. Start the process of getting a backup generator today. 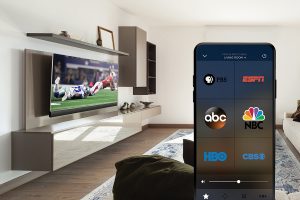 WHO ARE GOOD CANDIDATES FOR HOME AUTOMATION IN POTOMAC, MD?

Busy schedules and hectic routines for homeowners living in Potomac, MD sometimes make it difficult to run a household smoothly and efficiently. 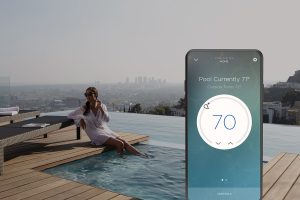 Would you like to have the ability to control your home’s lighting, security, appliances, thermostat and more—from wherever you are? With a

HOW TO AFFORD A RESIDENTIAL GENERATOR IN GREAT FALLS, VA

Losing electrical power in Great Falls, VA without a backup plan such as a residential generator can be extremely frustrating and even